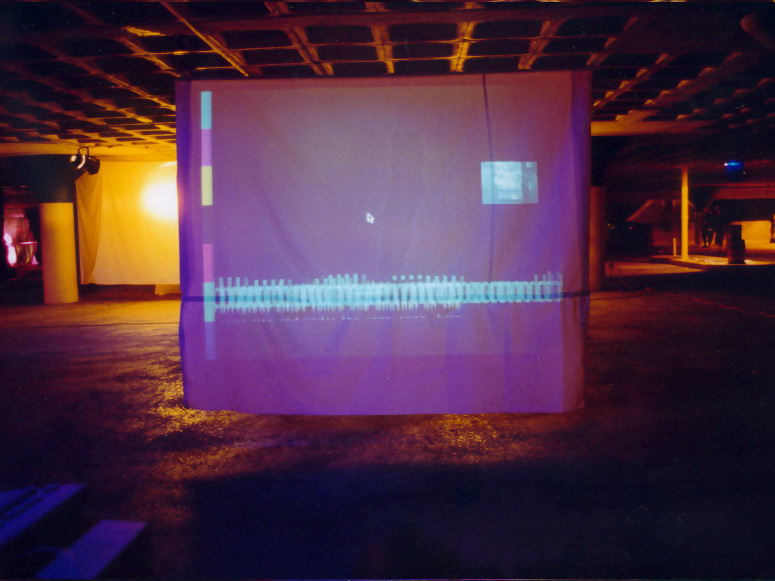 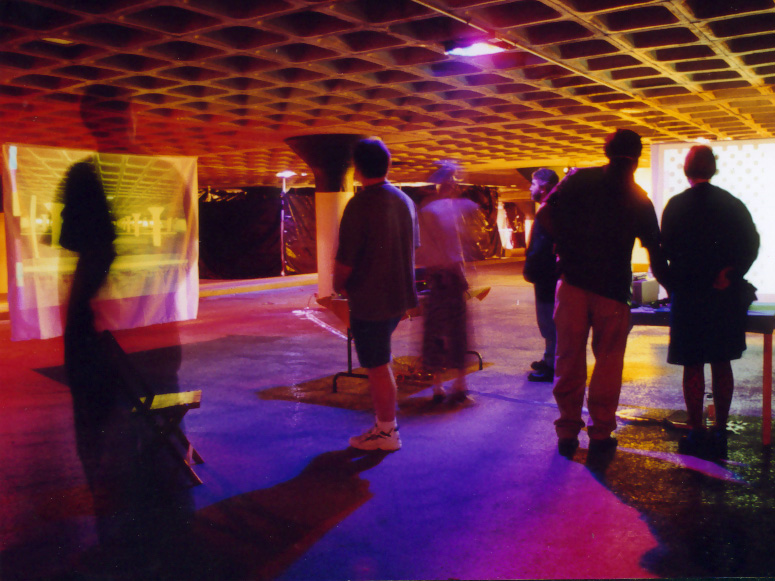 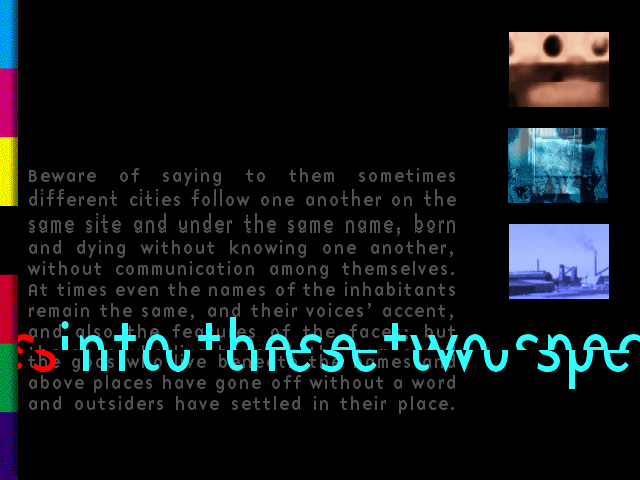 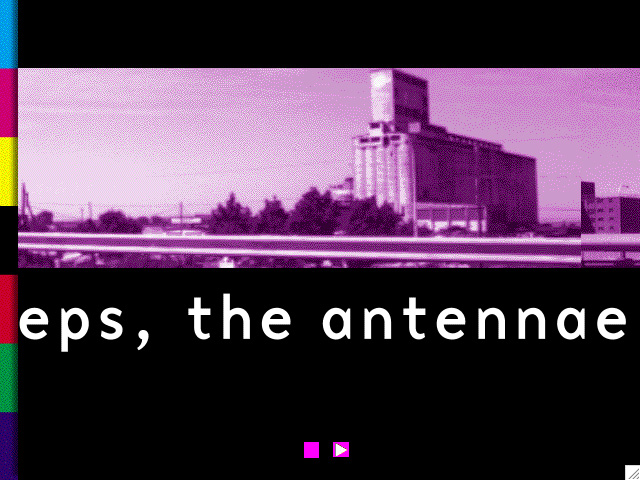 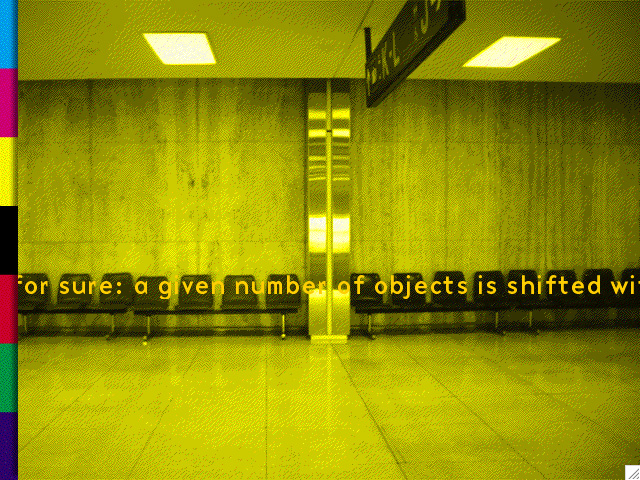 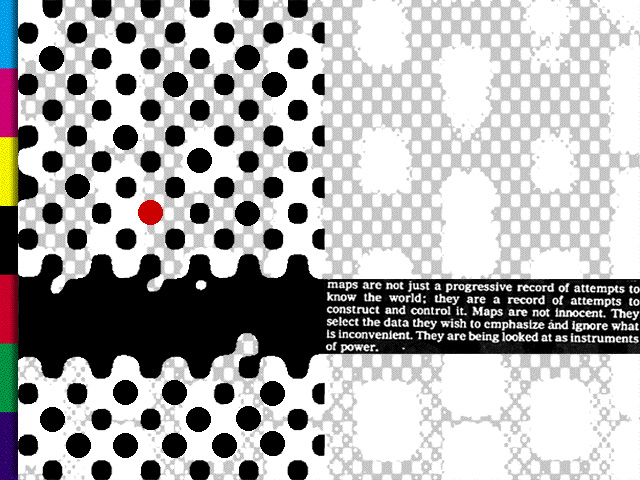 “Out of Place” was an experimental interactive project using MacroMedia Director and projected onto two screens at the Buffalo Market. The project explored notions of place, the city and the everyday. The project was influenced by the Situationist International’s notions of psychogeography and the dérive. It was also influenced by the popular 90’s computer game Myst. It consisted of 7 sections that encouraged participants to explore the screen and move through digital spaces.

The interface combined, blended and juxtaposed imagery from the city of Buffalo, other cities I have lived in, computer interfaces and found imagery from the everyday. It also integrated text from Italo Calvino’s Invisible Cities, Guy Debord’s Society of the Spectacle and found text.

As a note of how quickly technology becomes out of date Director has not been developed in years and I am unable to open and interact with the project.