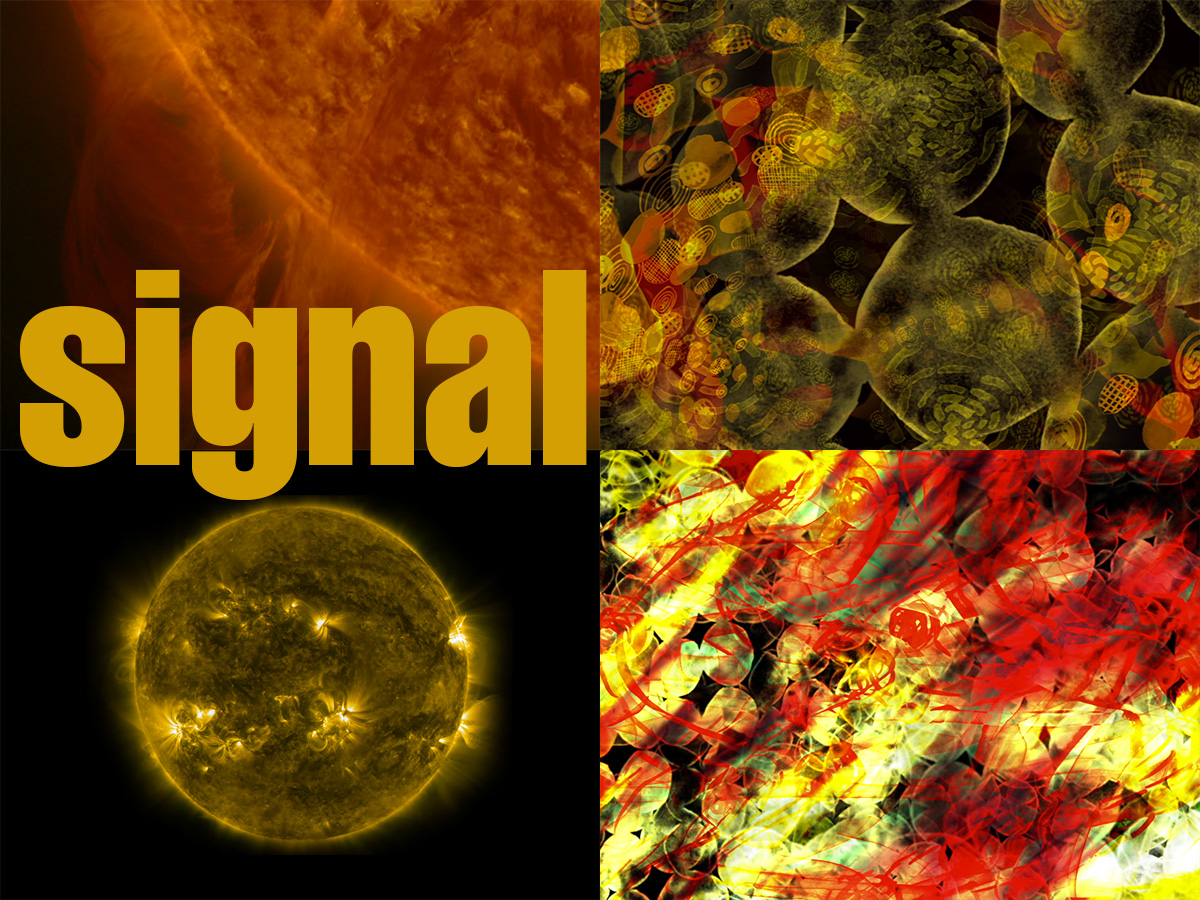 “What is one person’s Signal is another person’s noise…. The music for Signal features sharp contrasts of dynamics, register, timbre and texture that embody the dramatic unpredictability of our Sun star. Solar visualizations are made up of distinct image sequences that relate to one another through their perceived common attributes. Mesmerizing time-lapse sequences taken of the Sun by the Solar Dynamics Observatory Satellite (a joint project of the US NASA agency and Europe’s sister agency, the European Space Agency, ESA) show its light thrown off in both the ultraviolet and x-ray spectrums. Our Sun star appears turbulent and chaotic. Zooming up on these Sun images reveals distinct features like tornadoes, dynamic curves and arches, and lightning-like flashes. These features are not the same substances on Earth, like wind, water, and fire, but their behaviors seem to share some perceivable common expressions. The animated imagery in this work responds to these perceived expressions as charged interplays with painterly forms and spaces. Imagery is transformed in illusory abstractions of motion, light and color that are presented as choreographed sequences and blends of images that respond to the musical ideas, visual impulses, and the learned realities of our Earth’s relationship to its Sun Star. One of the most compelling results of the visual expedition is that the perceived chaos we see on the Sun we find here on earth and that that chaos produces parallel impressions that stretch between the Sun and our Earth and may be pleasing to see.”